It all seemed like a pretty average day at the Dallas-Fort Worth International Airport, with workers preparing for a long, hard and busy day, getting travellers to their various destinations; but by now you’d be right in thinking that something quite extraordinary happened next, because it did! 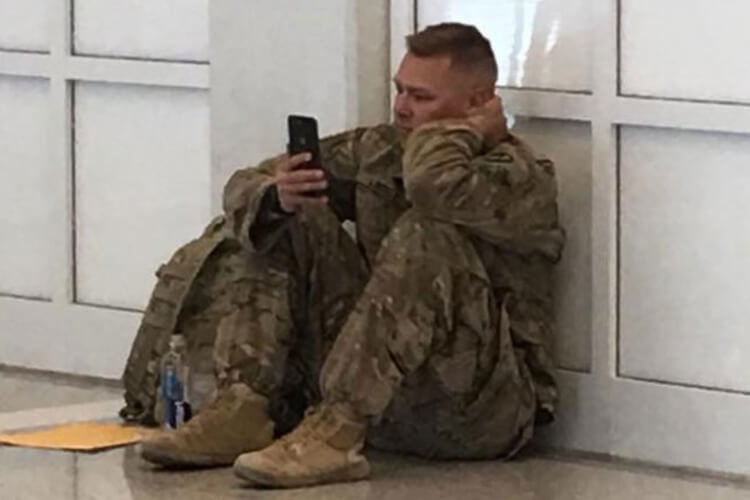 One of the workers at the gates happened to spot a soldier in a combat uniform sitting all by himself, with his eyes glued to his phone. Nothing unusual about that, you’d have thought? Well, just as a worker approached him, he began to cry hysterically, which opened the flood gates to one of the worst days and best days of this man’s life.