Farming frequently involves digging and surveying the land. It’s not every day that a farmer stumbles upon something incredible while they’re working in their field. Yet somehow, at the same time, two farmers in different parts of the world made incredible discoveries from thousands of years ago on their respective properties. Little did these two farmers know that their findings would coincide with each other’s and teach us all how little we actually know about what’s beneath our feet.

01. It All Started on Christmas Morning

In Argentina on December 25, 2015, Jose Antonio Nievas woke up and decided to take a stroll on his ranch as a nice start to his holiday. As he walked past the stream that runs through his property, he couldn’t help but notice something strange sticking out from the bank. 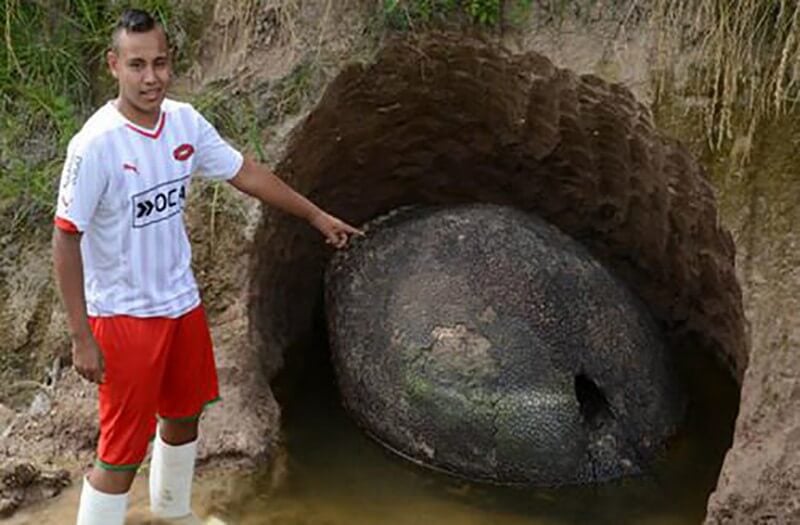 He had seen the bank, nearly all his life and at first, he thought it was nothing more than a large stone. But as he approached the object, he realized that it wasn’t a stone at all, but something entirely different.