NBA All-Star weekend is a festivity where all the stars come out to see some of the best athletes compete in friendly exhibition games and events. For one weekend in February, the best in the NBA collide to bring the fans what they want. You have the Skills Challenge, Three-point contest, and the main event Saturday night- the slam dunk contest. Of course, the All-Star game is a big deal on Sunday, but when these freakish athletes throw down some of wildest dunks you’ve seen, everyone loves it. Here are the most mesmerizing dunks over the past years.

Okay, the 2016 dunk contest might have been the best one since Vince Carter blessed everyone (more on him later). In this contest, Aaron Gordon of the Orlando Magic put on a show, displaying true athleticism with all his dunk attempts. 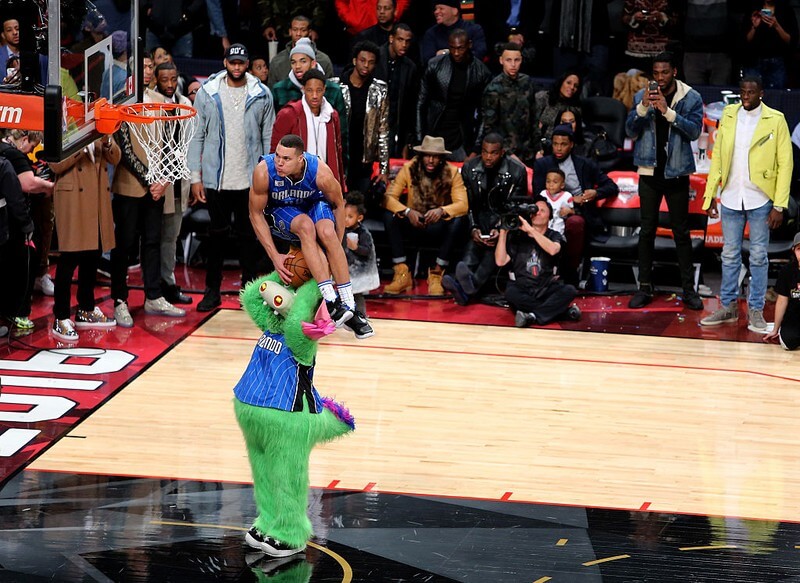 In this specific jam, he leaped over his team’s mascot and grabbed the ball off his head in a seated position. They said he jumped as high as an Olympic bronze medal winner at the 2016 high jump competition. Don’t worry, Gordon will return.